Their Legacy Is On Our Shoulders

Fear Not Them That Kill the Body

Sermon on the Annunciation of the Theotokos

Christian Intercession for the Reposed

The Prologue of Ohrid: September 10th

They were three sisters from some place in Asian Bithynia. Brought up in a Christian spirit, they withdrew from the city into the desert, desiring to lift up their minds to God and free themselves from the illusory world, and thus to live their lives in purity and virginity as true brides of Christ. They gave themselves to fasting, prayer and toil, and God adorned them with the gift of wonderworking. When people began to bring the sick to them for healing, they became known against their will. A certain governor, Fronton, heard of them and brought them to trial. Seeing them, the governor was amazed at their beauty, for, although they were nuns and their bodies were withered, their faces were radiant, illumined by an inner peace and the grace of God. The governor at first flattered them and promised to send them to the Emperor, who would give them in marriage to his nobles, but, when he realised that his flattery and promises were having no effect on these brides of Christ the Lord, he ordered that Menodora be put to torture and her sisters be thrown into prison. After harsh torture, the governor cried to Menodora, all wounded and covered in blood: 'Offer sacrifice to the gods!' To this the holy martyr replied: 'Don't you see that I am doing nothing but offer myself in sacrifice to my God?' When she expired under torture, the governor brought out her two sisters and stood them beside Menodora's dead body, and, pointing to it, urged them to deny Christ. As they remained steadfast, he tortured them to death. At that, a thunderbolt fell from the sky and killed the soul-less Fronton and his servants. Christians buried the bodies of these holy martyrs, who suffered some time between 305 and 311, in the time of Galerius, and entered into rest in the Kingdom of Christ.

Daughter of the Emperor Arcadius, she vowed to remain in perpetual virginity, and, as an earnest of this vow, had a table of gold and precious stones made for the cathedral. She reigned together with her brother Theodosius the Younger, and was greatly zealous for the Orthodox faith. It was at her instigation that the Third Ecumenical Council in Ephesus was summoned, which condemned the Nestorian heresy. She built the famous church of the Mother of God at Blachernae in Constantinople. After Theodosius's death, she married Marcian, who was chosen as Emperor, and lived with him as a brother. It was she who found the relics of the Forty Martyrs of Sebaste. She entered into rest in the Lord on September 10th, 453, at the age of fifty-five.

4. The Three Holy Women of Constantinople.

A noblewoman of Constantinople with her two handmaids, they scorned the vanity of the world and withdrew to solitude, where, after eleven years of asceticism, they entered into rest in the Lord. 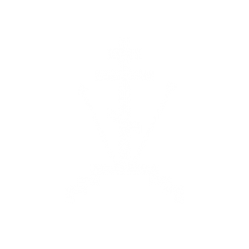 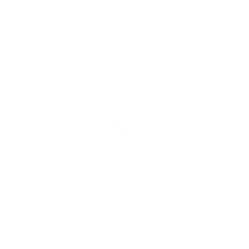 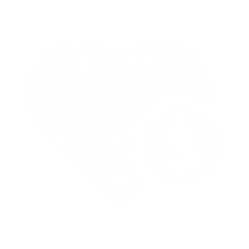 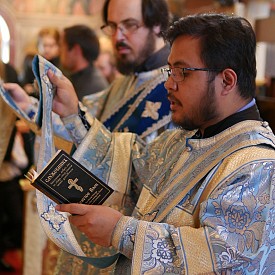 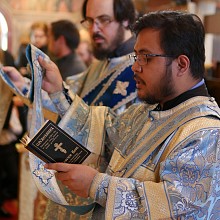 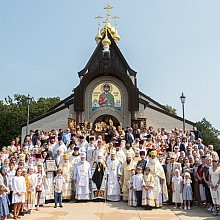 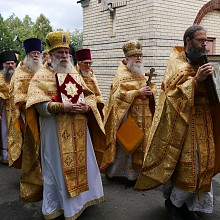 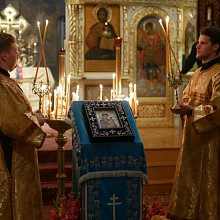 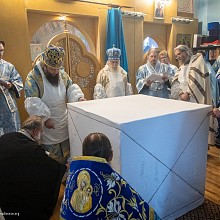